In most countries, doctors on the front line of the COVID-19 pandemic are applauded. But in Myanmar, they’re being arrested.

As the devastating third wave ripples across the country and oxygen supplies dwindle, doctors and local media are reporting that healthcare workers have been “lured” out of hiding to treat patients, only to be detained by Myanmar’s military, the Tatmadaw.

“It’s heartbreaking. Never in my life I thought I could be arrested because of treating a patient, or because of being a doctor,” one health worker told the ABC.

“Under this current military regime, we’re being treated as criminals.”

There are birds squawking in the background as this young doctor speaks from an undisclosed location inside Myanmar. She spoke on the condition of anonymity, asking to be known as Honey.

On Friday, there were 5,506 reported cases and 326 new deaths — a record high — although doctors say the data is underreported.

Healthcare workers were among the first to peacefully protest against the military takeover on February 1.

Many have refused to work in junta-controlled hospitals, but have been providing tele-consults and home visits.

The threat of attack or arrest, however, is having a chilling effect.

Myanmar’s young protesters regularly face live rounds and rubber bullets from the soldiers trying to clamp down on a growing pro-democracy movement, so these health workers decided it risk it all to treat their wounds.

According to the World Health Organization, there have been 260 attacks on health care in Myanmar so far this year — almost half of the total 587 attacks recorded in the world.

This week local media outlets Myanmar Now and The Irrawaddy reported doctors have been arrested by the military en route to treating patients with COVID-19 symptoms.

According to Reuters, the military has denied reports that five doctors were arrested in Yangon, but they have remained silent on the reported arrest of a doctor and a surgeon in Mandalay.

“They are very brilliant doctors. They’ve been running a charity clinic, and they’ve been treating many injuries and now COVID-positive patients free of charge,” one of their colleagues, who asked to be known as James, told the ABC.

Reuters reported one doctor saying that witnesses had seen the Mandalay surgeon handcuffed and bruised before being led away, and the WHO has recorded three “probable” arrests or abductions of healthcare workers in Myanmar this week.

“If they continue … there may be a doubling or tripling of the COVID mortality rate in two or three weeks,” Dr James said, adding that doctors were increasingly wary of going out to treat patients.

“It’s the risk of being arrested, not due to infection,” he said.

As a close friend of the two detained doctors, he fears for his own safety.

“I have to hide in some safe house, I cannot do on-the-ground treatment. And we [are] just running a tele-medicine service for COVID-positive patients,” he said.

Dr Honey said she was losing people every day to COVID-19.

“A lot of these patients could be saved if they got oxygen,” she said.

“Before this interview I had three patients who are crying out for oxygen, but I have no oxygen supply to share with them … so I just have to say no to them.

Doctors have also accused the military of hoarding oxygen, and the military said it was restricting the private sale of the life-saving gas. 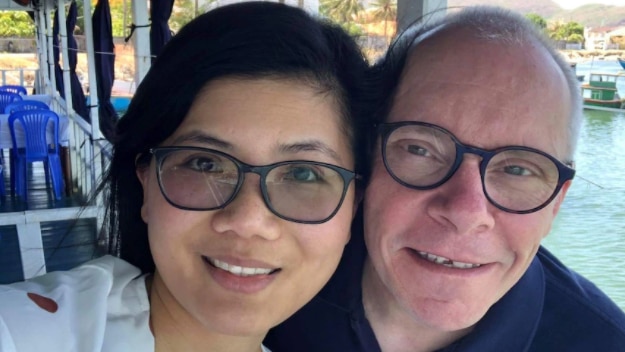 Sean Turnell’s wife begs the ruling military junta to release the Australian, who is being detained in a prison where there has been a reported death from the Delta strain of COVID-19.

Dr James and Dr Honey are also fighting COVID-19 without being fully vaccinated, and Dr James said he has been infected but recovered.

Both said they got their first dose of the vaccine CovidShield – an Indian-made version of AstraZeneca — but the military seized power before they and many of their colleagues could get their second dose.

Another doctor in Myanmar told the ABC there was a lack of trust in the vaccines available in the country.

He said there was an incomplete picture of the true scale of the COVID-19 crisis, as people were fearful of getting tested or treatment at military-run hospitals.

Bowral-based GP and activist Dr Nang Si Si Win told the ABC’s The World that the uncontrolled spread of the virus could give rise to new variants in a country that borders China, India and Thailand.

“If you have that [much] spread … there will be mutated strains, which means that they will cause more disaster and crisis around the region,” she said.

‘Tricky’ to get aid past military

In March, Australia suspended its military program with Myanmar and said development assistance would be redirected, so it would not be filtered through any of Myanmar’s military-controlled entities.

The government has since announced it will send $5 million in humanitarian aid to Myanmar through ASEAN’s Coordinating Centre for Humanitarian Assistance on disaster management (AHA) – but some are petitioning against it.

That’s because the head of Myanmar’s Ministry of Social Welfare has a seat on the board, under the eye of the junta.

“So this Australian aid is going to be wasted if it goes to the military junta, and not going to be help for the people who really need it,” Dr Nang Si Si Win said.

In a statement, the Department of Foreign Affairs and Trade said contributing through the AHA was “a tangible way to support ASEAN efforts in resolving the situation in Myanmar”.

“Australia and the AHA Centre will work closely together to ensure our contribution of $5 million is expended in a manner that is consistent with Australian government policy and is not channelled through the regime.”

ASEAN has been criticised for its handling of the crisis, but former Australian ambassador to Myanmar, Nicholas Coppel, said there were few options.

“It’s the only open door that we have at the moment. So it makes sense for Australia to be working with them through ASEAN in this way,” he said. Students accuse Myanmar of intimidation and foreign interference after it sent letters to people in Australia demanding they pledge loyalty to the military junta.

“On top of the political crisis, we have a humanitarian crisis, a collapsed economy, a collapsed health system, and emerging food crisis,” she said.

“This is a tremendously tricky time for all countries who are seeking not to legitimatise and recognise the junta while still trying to reach Myanmar people who are in need.”

The ABC has approached the Myanmar Health Ministry and the NUG COVID taskforce for comment.

The Australian Medical Association has also condemned the “intolerable” situation in Myanmar, saying the “horrific” violence has thrown the health system into chaos as the Delta variant spreads.

“It’s a crime against humanity, and the military is trying to use COVID as a weapon … this is much more than just a political crime – this is a life and death situation,” Dr Honey said.